When Is The Best Time of Year to Buy A Home ?

an innocently Simple Question with a slightly complex twist.

When Is The Best Time of Year to Buy A Home? This is a relatively simple question asked by many an intrigued and curious home buyer, who is looking for every strategic advantage in buying their home. The relatively simple answer, (based on data of course) the week of September 22-28.

The answer is based upon a study commissioned by none other than NAR(National Association of Realtors, we are current members) which had metro level data analyzed from 2016 to 2018.

Regionally, these effects are most noticeable in the West where buyers will have nearly 30 percent less competition than the average week.

Listing prices are down 4 percent versus their peak and nearly 9 percent of homes will have their prices reduced... All in all, this week (September 22-28) will be a great time for western U.S. buyers to find a home.

Overall it is important to note, that the real estate market is cyclical not just in an annual sense however, it also has longer over arching cycles as well that can last anywhere from 3-10 years. These longer cycles are not necessarily in sync with the economy or stock market perceptions. Housing can sometimes be a leading indicator however most times it is a lagging indicator if it has any correlation at all.

Of course analyzing past data to attempt to forecast the future is not a perfect science and may not ever be, since housing is dynamic in both its supply and demand.

For example lets talk supply. Housing supply in the Phoenix, AZ Metro market has been fairly tight now for years. There are several factors at play here as to the causation.

Previous to the housing bust home sales were going at break neck speeds, entire new home subdivisions were being sold before there was much other than the dirt outlines of where future streets would eventually be formed. Some might say there was a supply issue at that time however, here (Phoenix,AZ) just like other markets around the globe, we were experiencing speculative buying meaning that the purchaser had NO intent of living in the home and NO intention of renting it out.

They were literally buying with the intent of hoping to sell the home upon completion at a higher price. By definition speculation is when an exit strategy is based solely upon the hope that the price rises enough for a profit to be taken. This meant that buyers who were actually looking for a home to live in had a tougher than “normal” time doing so, especially if they wanted to buy new.

There were a culmination of factors that led to the possibility of speculation in housing, for a great in-depth view of those factors I highly suggest watching Inside Job or for fun The Queen of Versailles.

One might question if there would have been a supply issue at the time if speculative buyers had not had the tools to speculate in the first place.

What came next is what will be remembered as one the biggest housing drops of all time. Prices in many markets, especially those that experienced high levels of speculative purchases suddenly had nowhere to go but down. With the Great Recession many folks found themselves un or under employed and no longer in the market to buy or own a home. Many had to consolidate households moving back in with parents or roommates while short selling or foreclosing on their homes.  As a result home prices plunged 50-60% because there was no one left to buy them. Many homes literally sat vacant for years as banks had such a backlog and were trying to figure out how to process them all. One might say at the time there was an “over” supply.

Read the Original Article Here: When is the Best Time to Buy a Home? 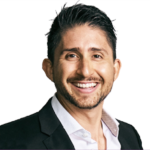 Bryan Vasquez is the Founder of Real Estate Tech Brokerage PLAYYCE® and is a Real Estate Industry Expert, Author & Speaker since 2002.